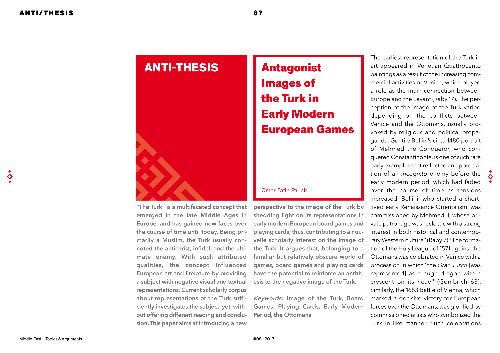 Image of the Turk in Games as an Antithesis

"The Turk" is a multifaceted concept that emerged in the late Middle Ages in Europe, and has gained new faces over the course of time until today. Being primarily a Muslim, the Turk usually connoted the antichrist, infidel, and the ultimate enemy. With such attributed qualities, the concep...