Researching Trauma: Some Methodological Considerations for the Humanities

Since at least the mid-1990s trauma has come to form a more staple theme of research in the humanities, across and between the fields of history, literature, anthropology, cultural studies, postcolonial studies, memory studies, and of course psychoanalysis. More recently, there has been a concerted effort to “decolonize” trauma studies, outlining how the variegated field remains subservient to European and North American teleological and epistemological repertoires. And while accompanying critiques of trauma studies as a discourse—as an institutionally located reproductive mechanism of power and knowledge maintaining relational conduits of subject and object formations—have served to draw attention to the constitutive implications of research paradigms, this has taken place almost exclusively within the bounds of theory.

In this essay, I take as my point of departure the idea that in the humanities there has been an excessive amount of trauma theory, all the while neglecting to develop discussions around methodology. In proposing a consideration of methodology, I want to shift the debate from its overdetermined theoretical concerns to the more worldly, fleshy, and physical contours of  a materialist phenomenology focusing on modalities of encountering, inhabiting, and embodying specific livelihoods— livelihoods of people, of places, of things, of objects—including research subjects and research materials themselves. While discussing these themes I draw on some of my encounters with subjects of my research in Lebanon.

gained a doctoral degree in critical theory and cultural studies in the School of Sociology at the University of New South Wales, and his Habilitation degree in the Department of Literature and Culture in English at Potsdam University. Before settling in Berlin, he held the position of Assistant Professor at Notre Dame University in Lebanon. Among his edited volumes are Arab Women Writing in English, for the journal Al Raida (2007); Situating Postcolonial Trauma Studies, for the journal Postcolonial Text (2014); and The Social Life of Memory: Violence, Trauma, and Testimony in Lebanon and Morocco, edited with Sonja Hegasy (Palgrave Macmillan, 2018). He is the author of The Fragmenting Force of Memory: Self, Literary Style, and Civil War in Lebanon (Cambridge Scholars Publishing, 2012); and Milieus of ReMemory: Relationalities of Violence, Trauma, and Voice (forthcoming, Cambridge Scholars Publishing, 2018). 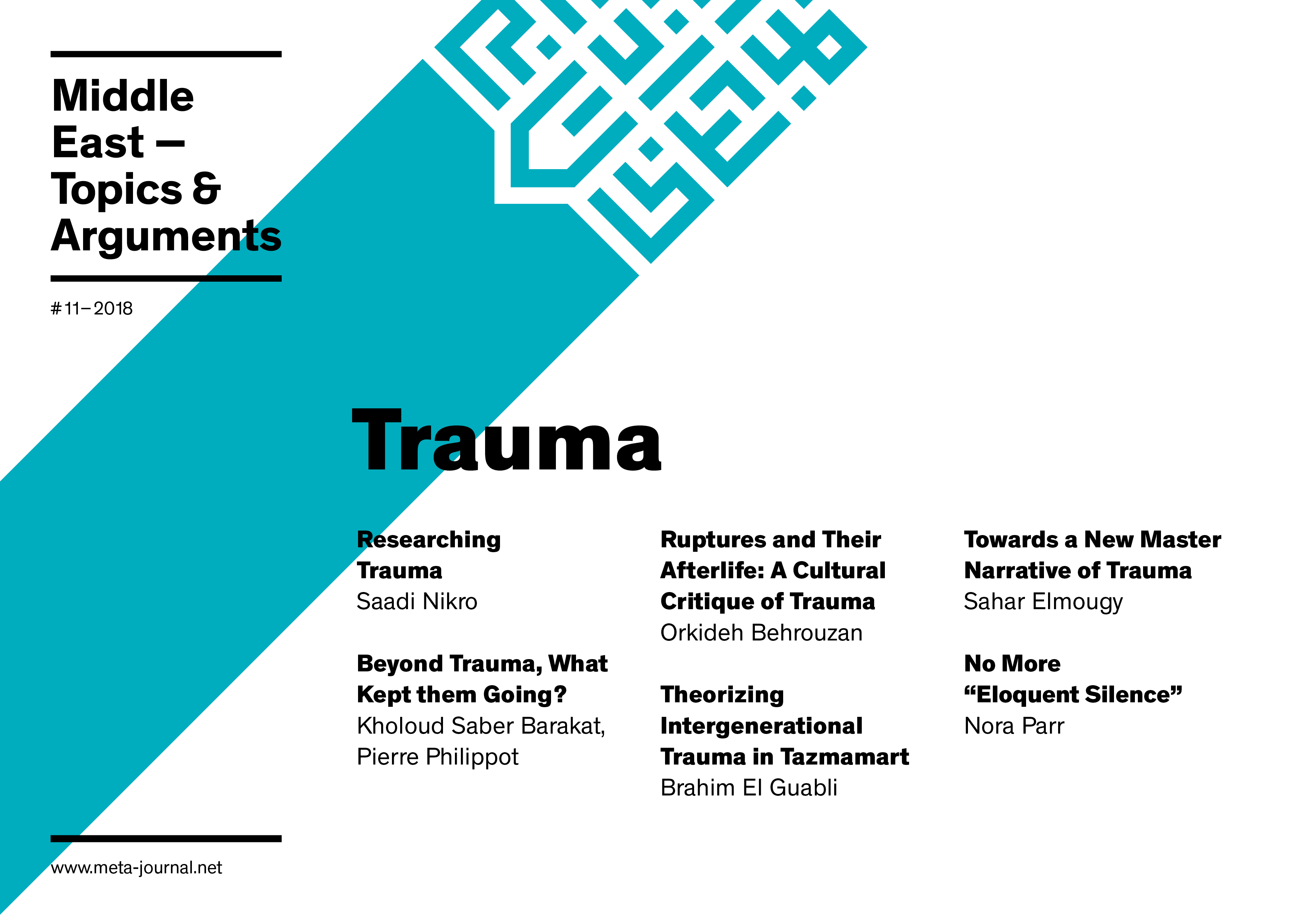