Heritage and Tourism. Global Society and Shifting Values in the United Arab Emirates

Cultural heritage was a major factor in the formation of politics and identity for nation-states. Yet in Europe, a gradual overcoming of old nationalism has paved the way for its postmodern iteration, where it is interwoven with tourism, the market, leisure, and entertainment. As such, monuments, museums, and archaeological sites have become important elements to thematize tourism and consumption.

Over the past decades, some rich Middle East countries—including the United Arab Emirates—have adopted a similar use of heritage: it has been used to build or reinvent national identity, and to promote recreational and tourist activities. Dubai and Abu Dhabi are two significant cases. Their intangible heritage helps to build local identity and to attract tourism, together with the cities’ luxurious hotels and their ultra-modern shopping malls. Moreover, city administrations have even invited some major Western museums to open local branches, to increase tourism and confirm their new status as global cities.

studies the relationships between heritage and tourism in postmodern culture, with special reference to the rediscovery and valorization of the past in contemporary societies. He is the secretary general of the foundation for the Italian Institute of Human Sciences (SUM), and has taught tourism and archaeology in the University of Milan Bicocca, and ancient Mediterranean civilizations in the Nettuno University Consortium. Among his published works are the books The Plastic Venuses. Archaeological Tourism in Post-Modern Society (Cambridge Scholars, Newcastle, 2011) and Turismo archeologico (Bruno Mondadori, Milano 2008). email: marxiano.melotti@gmail.com 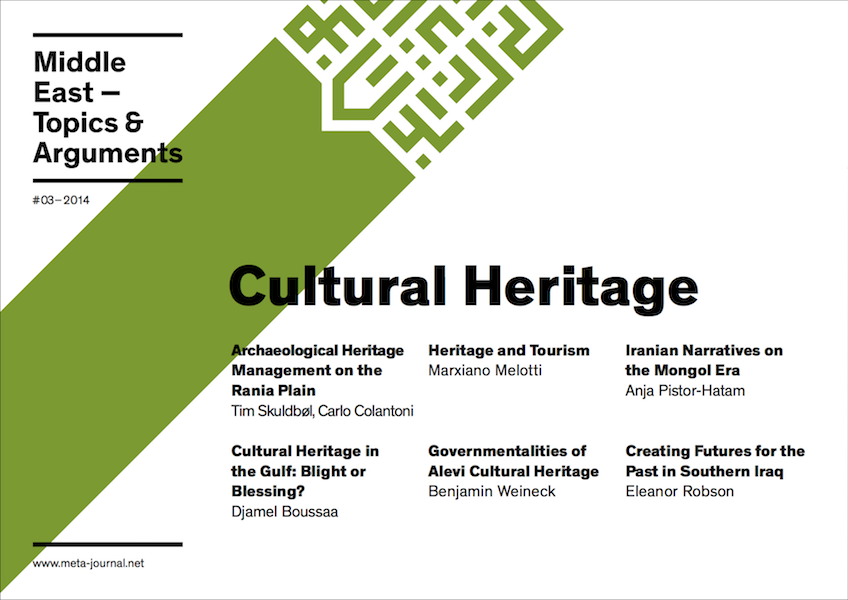