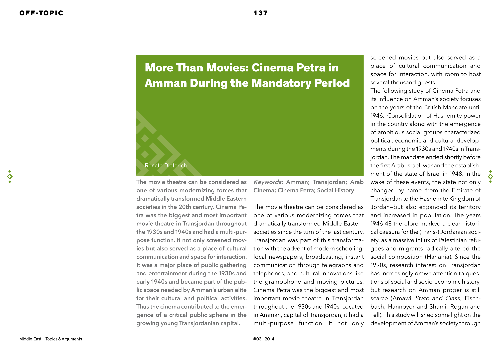 More than Movies: Cinema Petra in Amman During the Mandatory Period

The movie theater can be considered as one of various modernizing forces that dramatically transformed Middle Eastern societies in the 20th century. Cinema Petra was the biggest and most important movie theatre in Transjordan throughout the 1930s and 1940s and had a multi-purpose function. It did no...